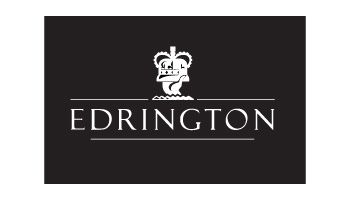 Edrington makes some of the world’s best-loved Scotch whiskies,
including The Macallan, The Famous Grouse, Cutty Sark and Highland Park.
The portfolio is complemented by Brugal, the leading golden rum in the Caribbean,
and by Snow Leopard vodka. Edrington’s current success stems from a heritage of exceptional people dedicated to quality, integrity, independence and innovation.
The origins of the company stretch back to the mid-nineteenth century, when William Robertson founded the Robertson & Baxter company in Glasgow.
The Robertson family also founded Highland Distillers in 1887 and, ultimately, in 1999, Edrington acquired Highland along with its iconic brands The Famous Grouse, The Macallan and Highland Park. Today, these famous brands are distributed across international markets by a network of Edrington’s own distribution and marketing teams and distribution partnerships.
In 2008, Edrington acquired a majority shareholding in Brugal & Co, the leading producer of golden rum in the Dominican Republic. This agreement diversified Edrington’s portfolio beyond Scotch whisky for the first time and gives it access to one of the fastest growing global spirit categories.
In April 2010, Edrington acquired the Cutty Sark brand from Berry Bros & Rudd, with whom it has enjoyed a long trading relationship.
Edrington is focused on its future as an independent, international company offering distinctive, premium spirit brands.