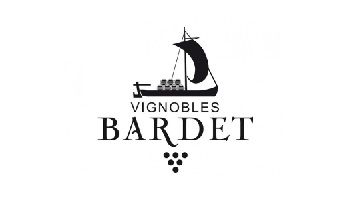 The history of Vignobles Bardet began in 1704 on the banks of the Dordogne River in Saint-Brice de Vignonet, south of Saint-Emilion..
Mr. Seigneriau traded in wine and cereals and used to sail up and down the peaceful Rivers Garonne, Gironde and Dordogne, loading his gabare river boat with barrels of wine, which he then sold in the trading ports.
The port of Vignonet became an important trading station and a place where all traders stopped off on their way downstream to the port of Bordeaux. While river-borne trade flourished, the Seigneriau family acquired some vines.
However, when steam engines and the railways arrived at the end of the 19th century, they inflicted a mortal blow on trade by river and brought the river boatmen’s profession to an end. The Seigneriau family decided to focus on its passion for cultivating vines.