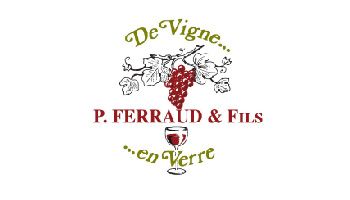 In 1882, Philibert FERRAUD,
Born in Régnié where he was a stage manager, he came in Belleville to create his own trade company. In those days wines left the vineyard in ""pièces"" (traditional 215 litre casks) carried along by oxcarts.
In 1890, Tony FERRAUD,
He joined his father to help with the developing company. The clientele was local as far as Lyon with dispatches for Paris.
Tony FERRAUD is 41 in 1914 when the first world war breaks out. He's called up in the Territorial army and can stay around during the war. It may be assumed that he partially managed to keep an eye on business, as his son Antoine was from 14 to 18 in this period.
In 1914, Antoine FERRAUD,
He joined the company aged 14, at the beginning of the war. He took over from his father in the 30s when he successfully took up Paris market since in 1939 he had nearly 700 customers in the capital.
During the war Antoine FERRAUD was mayor of Belleville and defended its inhabitants often jeopardizing his own life. His health suffered a lot during this period. He managed to overcome thanks to his exceptional courage and competence. He ran the company until 1954 and remained there until 1960 giving each future generation his experience.
In 1948, Pierre FERRAUD,
When the war ended, he helped his father to get the company back on track. Trace of shippings for Switzerland were found in those days. Around 1962 he starts bottling wine. On good days he made 800 bottles. Everything was manual, corking, the wax on necks, the hand stuck labels. The straw packaging (the paillon) to stop breaking the bottles delivered in wooden containers. In those days, sales in casks lived on in parallel.
1977 a new building is created because of the place taken by stocking and the sales of bottles. For a few years a phenomenon of an unsuspected scale has been taking place thanks to the gathering of all the region's forces :"" the BEAUJOLAIS nouveau "".
1980 Jean-Michel FERRAUD and 1986 Yves-Dominique FERRAUD,
Communication and transport techniques expanded. New technologies enable us to be tuned in to the vast majority of people, from the nearest to the farthest.
Containers on boats speed up shippings to other continents.
Planes enable the FERRAUD Company to be present in around 40 countries in the world for the BEAUJOLAIS nouveau on the third Thursday of November.
Then all the appellations of the Beaujolais and Mâconnais are proposed on both hemispheres throughout seasons in most varied containers : traditional, bottles, half-bottles, magnums as well as more recent ones : 1/4 planes, 50 centilitres (two bottles in one) or Bag in Box (BIB).
The most modern oenological techniques ensure the safety of bottling while preserving the quality of wines. We have kept the traditional methods of breeding in wooden tuns more than a hundred years old.
We are one of the last house in the region to stick to this practise. We have experienced people in our vaults used to oenological techniques. This long delicate work requires more care and attention than a simple selection then a bottling in the few following days.

We still use our hundred-year-old traditional method of breeding in wooden tuns. This stage makes the difference with the usual practices that make only one selection before the bottling. We now practise this maturing process more upstream in the estates, surrounded by professional oenologists who know what typicity and terroir mean. This combination of traditional and modern techniques ensure on one hand authenticity and on the other hand the regularity of the appellations over the vintages. Those criterions mean a lot to our generation since we ensure the durability of our name and image.