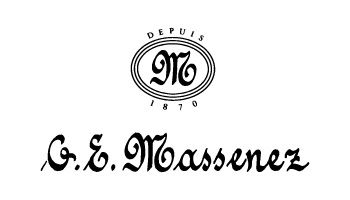 The birth of Distillerie Massenez goes back to the 1870s when Jean-Baptiste Massenez started as “home distiller” in Urbeis, in the Vallée de Villé. Jean-Baptiste Massenez unknowingly opened the way forward for his descendants who would inherit the status of home distiller: his son, Eugene Massenez inherited not only the privilege but also his father’s expertise and went on to become a recognised master distiller himself. By 1913, Eugene Massenez had become a front runner by distilling Wild Raspberry for the first time… this brandy became a phenomenal success thanks especially to the loyalty of the Queen of Sweden who fell in love with this Raspberry on her visits to Hohwald in Alsace.
Indeed, she come to Alsace to use Eau-de-Vie for her health, and at the beginning not to drink it ! And that is how Massenez became official supplier to the court of His Majesty the King of Sweden. Nevertheless, it was not until the 3rd generation in the 1950s with Gabriel Eugène Massenez that the Massenez distillery really took off. Both forerunner and visionary, Gabriel decided to think big and develop his brand for fine gastronomy, especially the famous grand brasseries of Paris: Flo, Bofinger, Pied de Cochon…
His good interpersonal skills and the quality of his products gave him access to the great Michelin-starred chefs of the period like Bocuse, Verger, Troisgros, Lameloise, Haeberlin, Blanc…and some beautiful restaurants such as La Tour d’Argent, Maxime’s, Lenotre… In short, Massenez became a fixture at great French restaurants and a must-have for gastronomy.