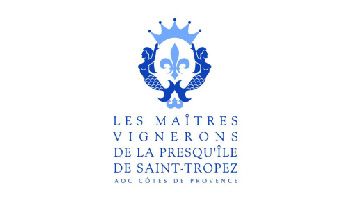 The story began back in 1964, when eight winegrowers from the Saint-Tropez peninsula decided to set up a joint sales outlet to promote their wines to the traditional sales market. Each winemaker produces its wine on its own estate, with help and support from Les Maîtres Vignerons’ oenologists and technicians.
LE CHÂTEAU DE PAMPELONNE boasts a 50-hectare vineyard, adjoining the famous beach of the same name in Ramatuelle. It is the largest estate in Les Maîtres Vignerons de la Presqu’île de Saint-Tropez, and has belonged to the Gasquet-Pascaud family for several generations.
LE MAS DE PAMPELONNE is a 10-hectare vineyard adjoining Le Château Pampelonne in Ramatuelle, owned by the Coste-Gal family.
LE DOMAINE DE CARTEYRON stands on a hillside below the village of Gassin and belongs to Marie Louise Roux.
LE DOMAINE DE LA FAMILLE FOSSATI is located along Route de Gassin in Ramatuelle, on a granite outcrop.
LE DOMAINE DES MARRES is owned by Sylvie Gauchet and produces its wines from vines located close to the town of Saint-Tropez.