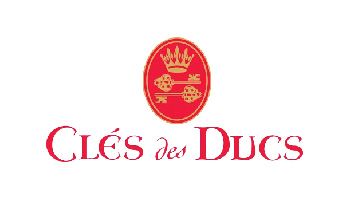 The history of Clés des Ducs Armagnacs is intertwined with that of Armagnac, Gascony and this passionate but harsh land which is home to a tradition of nobility and elegance.
The first eaux-de-vie appeared in the 15th century.
It all began in the heart of the Gers, in the village of Panjas.
1774 Paul Baylac, of Panjas distils in Panjas and writes the first chapter of our brand’s story.
1854 A well-known oenologist writes that the best eaux de vie come from the villages of Maupas, Panjas and Estang
1924 The founder of Clés des Ducs buys vineyards from Dame Baylac, a descendent of Paul Baylac
1981 Cointreau buys Clés des Ducs from the founding family
1990 Cointreau becomes the Rémy Cointreau Group
2008 The Armanoir Group takes over Clés des Ducs from the Rémy Cointreau group
The Clés des Ducs’ cellar has never left Panjas.
The brand is now one of the flagships of the Armanoir group whose registered office is also located in Panjas.